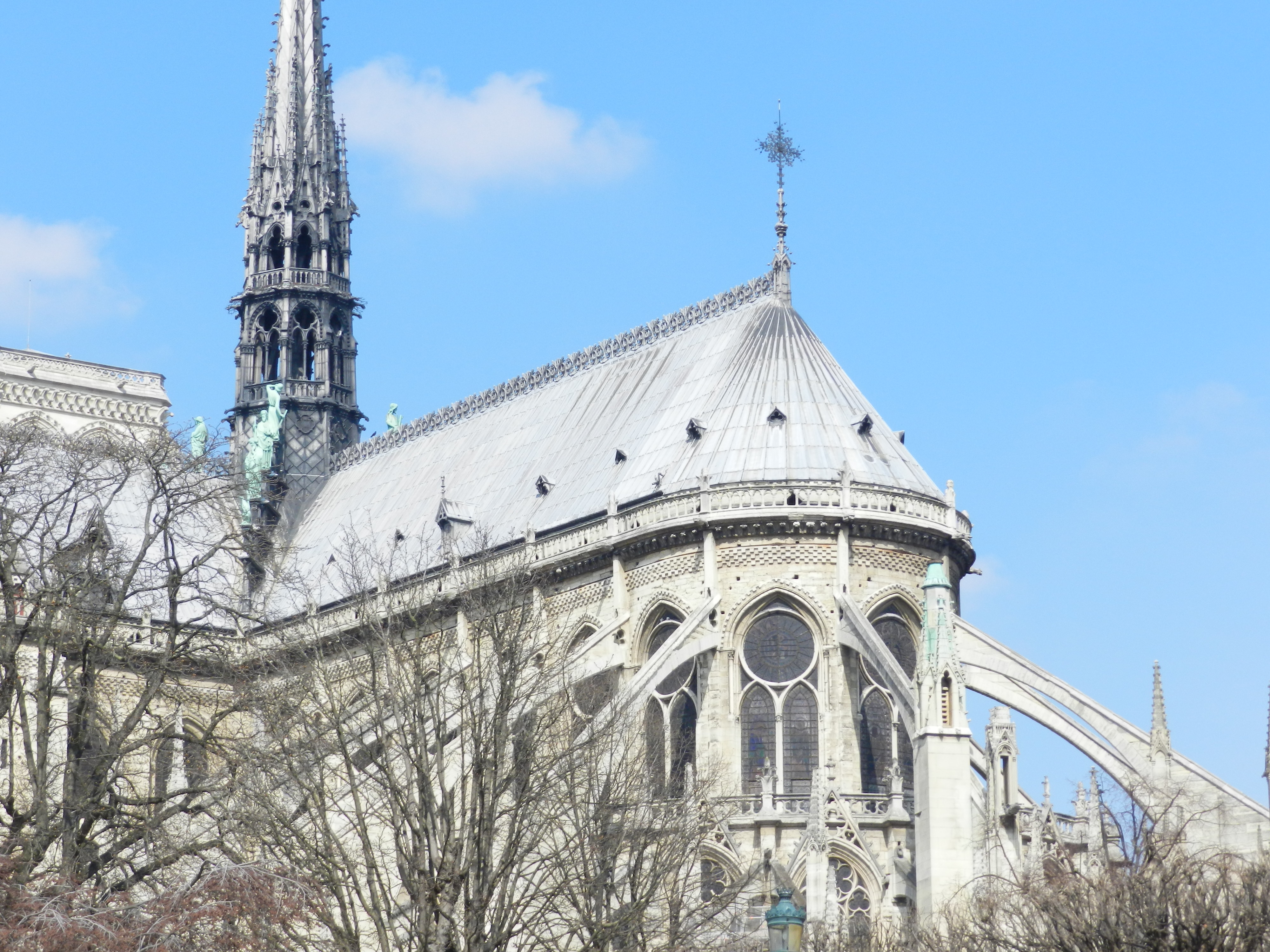 This April (2013) I hosted a group of South Carolinians on a ten-day trip to Paris, down the Seine River and then to Normandy.  We flew to Paris then met up with a some folks from California.

We spent several days in Paris and saw some amazing sights.  Of course we spent some time in one of the most famous museums in the world, The Louvre.

At the Louvre everyone wants to see the Mona Lisa, DaVinci’s most famous painting.  It’s behind special plate glass and you’re welcome to take photos.  The Louvre actually means “a camp near wolves” and the name dates back to the late 1100’s.

We went to several museums and then headed to a museum of another sort, The Moulin Rouge, we had very good seats.

And what trip to France would be complete without taking in that famous landmark?

After we left Paris we headed to Rouen by boat.  Rouen is such a charming city and while we were there I was able to show my group the finest chocolate and pastry shops in the city.  The French adore chocolate!

The weather in Paris was a bit cloudy and when we got to Rouen the weather cleared up for us.  We sailed down the Seine and stopped in the lovely city of Honfleur; this town has such a renown history of offering inspiration to many of the most well-known Impressionist painters.

The Seine moves at such a leisurely pace and there is inspiration around every bend.

While sailing we were treated to several guest performers.  Our first night a string quartet charmed us with some wonderful classics.  Another night we had a guest speaker, an ex-pat that now lived on a farm in France and he had actually been to Greenwood.

This is the ruins of the Chateau Gaillard, near the town of Les Andelys in Normandy.  The castle was built in 1196 and at one time was a stronghold of Richard the Lion Heart who was King of England at the time the Robin Hood legend was born.  Gaillard has been home to Norman, English, French and Scottish rulers.

King Richard’s castle was built from hand-carved rock by some six thousand laborers.  After leaving one famous stronghold it was on to another, Omaha Beach in Normandy.  This is a recent addition to Normandy; this modern sculpture represents the chaos of the Allies landing on June 6th, 1944.

A tour of France offers many rewards for one that knows how to travel at a relaxed pace.  The art, the culture, the food, music and the countryside are so luscious.  France also has such an amazing sense of history and it has seen many conquerors and liberators.  Normandy and Omaha Beach are breathtaking, seeing it in person really makes the history of the greatest generation come alive.  Now on my next trip to France I think I’ll visit…